Oh Dear, What Can The Matter Be?

I must apologise for the lack of blogging.  It has been a really busy time for us and as it was the first Xmas and New Year without Dad, I more or less just wanted to ignore them.  The year ended on an absolutely terrible note when we found Nata, one of our really old Chilean girls out of sorts on Boxing Day.  She was eating out of our hands but just wanted to sit in the field shelter on her own, but her daughter stood guard with her all day.  We called out the vet and he thought she had a slight infection so gave her antibiotics.  She didn't really improve and then on 28th she just seemed so tired and I sat with her in the shelter just stroking her.  The vet was called again and the hard decision to euthenase her was made as we think she was over 20 and she was having difficulty holding up her head by this time.  PM showed nothing so we have all made the decision that it was probably just old age.﻿  I was definitely glad to see the back of last year.

This year has started really well apart from the mud.  It was such a gift after last winter, in fact we were even out pottering on Xmas day without coats it was so warm and sunny here.  The grass hasn't stopped growing and we had stocked up on extra hay in case the alpacas had to rely on it if it snowed and they were all stuck in the barn.  We have been struggling walking up the hill as the mud seems to envelop our feet and it takes quite an effort to pull them back out again.  Poor Si even had to resort to carrying the hay to the paddocks because the surface was too soft to take wheels. 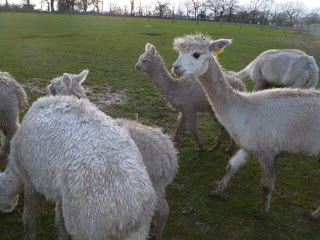 The hybrids come into the barn for their daily dust baths as they have completely destroyed the grass in their pens although we do now have a Beechwood Blue that is going to be having a bath and blow dry tomorrow, we don't know what she was doing today but we couldn't believe our eyes when she was queuing up to go to bed tonight.  She was completely caked in mud from head to foot. 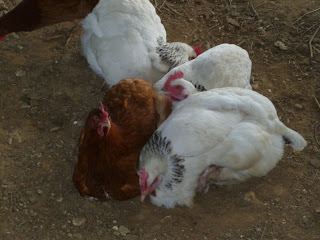 We have also had a lovely email from Stuart Sutton, you may remember he came out a few weeks ago to take some photographs for a book.  Stuart is a freelance photographer and has worked for quite a few authors.  The top 2 photographs below, along with 1 or 2 others, are going to be published in 'Keeping Chickens' by David Squire in the Spring. You can tell that Stuart is professional, he even managed to get the chickens to pose for him. 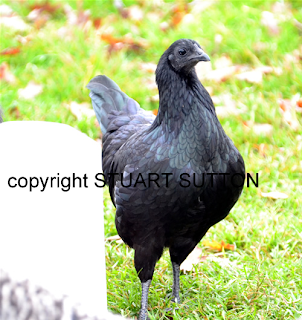 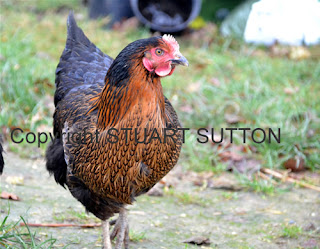 Whereas, I had to resort to bribery and get out the bucket of corn to get the pekins that have just gone up for sale to allow me to photograph them. 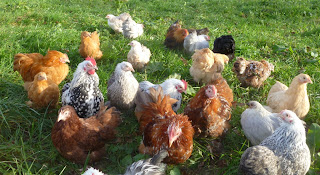